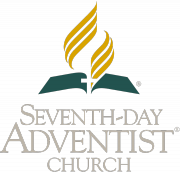 The Seventh-day Adventist Church has filed a lawsuit against the city of Las Cruces in the U.S. state of New Mexico over an ordinance church lawyers say violates religious expression and unfairly targets pastor-led faith groups, especially Latino churches.

Earlier this year, city officials threatened to take legal action if the Las Cruces Spanish Seventh-day Adventist Church failed to comply with the requirements of the business registration ordinance.

Las Cruces Ordinance No. 16-131 defines a business as “any profession, trade or occupation and all and every kind of calling,” including the work of pastors, priests, rabbis, bishops, imams, and other religious leaders.

The ordinance ostensibly requires all pastor-led churches within city limits to register with the city, pay a registration fee, and pass a discretionary review process before gaining approval to conduct worship services or provide pastoral care. Faith groups that are lay-led rather than clergy-led are not subject to the requirements, lawyers said.

According to a complaint filed by the church in the U.S. District Court of New Mexico, there is no time frame for an approval and no avenue for appeal if the city denies an application.

“I’ve never seen anything like this. It blatantly goes against the First Amendment of the U.S. Constitution,” said Todd McFarland, an associate general counsel for the Seventh-day Adventist world church.

“Such religious speech and activities frequently occur in private homes, public meeting places, hospitals, and funeral homes as a result of regularly occurring life events with very little if any advance notice,” the complaint stated. “It is impossible for an applicant subject to the ordinance to provide accurate information because many pastoral activities are a response to unpredictable events.”

Church lawyers also said the ordinance is “impermissibly vague” because it fails to specify what actions fall under the definition of “calling,” thus requiring separate advance approval.

A list of exemptions to the requirements, including certain athletic officials and artists, “favor nonreligious speech over religious speech,” the complaint stated, noting that the ordinance “overturns” protections provided by Article II, section 11, of the New Mexico Constitution.

According to the complaint, “these protections were intended to provide religious speech with more, not less, protection than speech related to a ball game or a portrait of a family pet or other ‘art’ product.”

“The City of Las Cruces believes that its requirements to have businesses, including churches, within city limits have a business license meets the city’s obligations to provide its citizens with fire and police protection and comply with the Constitution,” William Babington, Jr., deputy city attorney for Las Cruces, said by e-mail.

“The city trusts that the courts will agree with its position,” Babington added.

There are more than 100 churches within Las Cruces city limits, but the ordinance, Adventist lawyers said, has been applied to only a small percentage of these churches and, according to the complaint, “disparately applied to single out Hispanic and Latino churches.”

In June the Las Cruces Spanish Seventh-day Adventist Church was first notified that it had seven days to comply with the requirements or face “court action,” according to a letter from the city’s Codes Enforcement Department. However, the Las Cruces Central Seventh-day Adventist Church, a majority non-Latino congregation, received no such notice. (The “white” or Anglo church was exempted.)

“This problem came to us; we didn’t go looking for it,” said McFarland, who is representing the Las Cruces Spanish Adventist Church and the Texico Conference.

The U.S. District Court of New Mexico has not yet set a trial date.

The Seventh-day Adventist Church’s Texico Conference oversees church operations in west Texas and New Mexico, where it maintains 80 churches and supports a membership of 12,000.