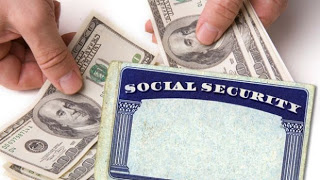 Driven to reduce a huge backlog of disability claims, Social Security is pushing judges to award benefits to people who may not deserve them, several current and former judges told Congress Thursday June 27, 2013.

(For a complete explanation of the term “paying down the backlog” see socialNsecurity by Judge L. Steverson, USALJ (Ret.)

There is a practice called “Paying Down The Back Log”. This is where a judge just reverses every case on his docket and grants benefits to the claimant. Some ALJs have been known to do this with no regard at all for the merits of the case. Judges have been known to pay 200 cases or more on-the –record in this manner. Sometimes the Commissioner will take action to stop them. Other times he does not. (Steverson, Judge London, socialNsecurity, p. 19)

A former Social Security Judge, J.E. Sullivan, said, “The only thing that matters in the adjudication process is signing that final decision.” Sullivan is now an administrative law judge for the Department of Transportation.

The House Oversight and Government Reform Committee is investigating why many judges have high approval rates for claims already rejected twice by field offices or state agencies. Two current and two former judges spoke at a subcommittee hearing.

The number of people receiving Social Security disability benefits has increased by 44 percent over the past decade, pushing the trust fund that supports the program to the brink of insolvency.

Social Security officials say the primary reason for the increase is a surge in baby boomers who are more prone to disability as they age. Deputy Social Security Commissioner Glenn Sklar noted that the vast majority of disability claims are initially denied.

“I think the data kind of speaks for itself,” Sklar told lawmakers.

To qualify for benefits, people are supposed to have disabilities that prevent them from working and are expected to last at least a year or result in death.

According to Social Security data, there were errors in 22 percent of the cases decided in 2011, Sklar said. He said some errors were procedural and did not necessarily result in incorrect decisions.

“The true wrong rate would be less than 10 percent,” Sklar said.

Nearly 11 million disabled workers, spouses and children get Social Security disability benefits. That compares with 7.6 million a decade ago. The average monthly benefit for a disabled worker is $1,130.

Social Security disability claims are first processed through a network of local Social Security Administration field offices and state agencies called Disability Determination Services. About two-thirds of initial claims are rejected, according to agency statistics. If your claim is rejected, you can ask the field office or state agency to reconsider. If your claim is rejected again, you can appeal to an administrative law judge, who is employed by Social Security.

In 2007, the average processing time for a hearing was 512 days. Today it is 375 days, Sklar said. The agency has reduced the wait time even as the number of applications has increased. But the judges who testified Thursday said the quality of their decisions has suffered. So far this budget year, the vast majority of judges have approved benefits in more than half the cases they’ve decided, even though they were reviewing applications typically rejected twice by state agencies, according to Social Security data.

Of the 1,560 judges who have decided at least 50 cases since October, 195 judges approved benefits in at least 75 percent of their cases, according to the data analyzed by congressional investigators.

“The Social Security Administration has failed to take steps to address the problem of rapid disability growth, probably because the agency has failed to recognize many of the problems,” said Rep. James Lankford, R-Okla., the subcommittee chairman.

None of the judges who testified spoke of being specifically ordered to award claims. Three said they had been pressured to decide cases without fully reviewing medical files.

The judges described a system in which there is very little incentive to deny claims, but lots of pressure to approve them. It requires more documentation to deny a claim than to approve one, said Sullivan, the former Social Security judge. Also, rejected claims can be appealed while approved claims are not.

“There’s a tremendous amount of pressure to push cases out the door as soon as possible,” Sullivan said in an interview after the hearing. “There’s a push to pay mentality.”

Butler, the current judge, told the subcommittee, “I think you need to look at the issue of paying down the backlog. It’s not media hype, its real and for six years it’s been going on.”

The Association Of Administrative Law Judges(AALJ), union representing administrative law judges, says judges are required to decide 500 to 700 cases a year in an effort to reduce the hearings backlog. The union says the requirement is an illegal quota that leads judges to sometimes award benefits they might otherwise deny just to keep up with the flow of cases. according to a federal lawsuit filed by the judges’ union in April.

The Social Security Administration says the agency’s administrative law judges (ALJs) should decide 500 to 700 disability cases a year. The agency calls the standard a productivity goal, but a lawsuit filed in April 2013 by the Social Security Judges against the Commissioner and the Agency claims it is an illegal quota that requires judges to decide an average of more than two cases per workday.

‘‘When the goals are too high, the easy way out is to pay the case,’’ said Randall Frye, president of the Association of Administrative Law Judges (AALJ) and a judge in Charlotte, N.C. ‘‘Paying the case is a decision that might be three pages long. When you deny benefits, it’s usually a 15- or 20-page denial that takes a lot more time and effort.’’

The lawsuit raises serious questions about the integrity of the disability hearing process by the very people in charge of running it. It comes as the disability program faces serious financial problems.

The agency denies there is a case quota for judges and says the standard is a productivity goal.

Judge Zahm had a lot more to say in an interview in October 2009. (Read the entire interview starting at page 430 in my book, socialNsecurity, available at  http://www.amazon.com/SocialNsecurity-ebook/dp/B006VOQIKK

If Congress doesn’t act, the trust fund that supports Social Security disability will run out of money in 2016, according to projections by Social Security’s trustees. At that point, the system will collect only enough money in payroll taxes to pay 80 percent of benefits, triggering an automatic 20 percent cut in benefits.

Congress could redirect money from Social Security’s much bigger retirement program to shore up the disability program, as it did in 1994. But that would worsen the finances of the retirement program, which is facing its own long-term financial problems. (AP)