The United States Coast Guard Academy is one of the Top Ten Small Colleges in New England.

The AP is reported that Cadet 1/C Michael Shermot was sentenced to a year in prison for sexual assault and dismissed from the U. S. Coast Guard Academy and the Coast Guard Service after being found guilty at a court-martial. 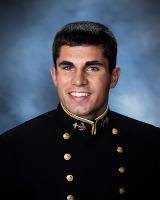 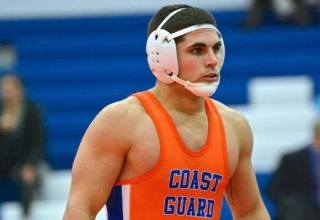 The Coast Guard says Michael Shermot was sentenced September 16, by a military judge in Norfolk, Virginia. He was found guilty September 15th.
Cadet Shermot was a senior at the Coast Guard Academy in New London, Connecticut, when he was charged and suspended from the school in December 2015. Authorities have yet to disclose details of the sexual assault.
The Day newspaper of New London reported the assault occurred in West Chester, Pennsylvania, in September of 2015.

Cadet Shermot was charged with sexual assault by impairment, meaning the victim was not able to consent. He is from Shillington, Pennsylvania.
There was a total news blackout concerning the case for a year until September 2nd.

The Coast Guard Academy is a military academy, but Brown University is a private civilian school.

A federal judge has reinstated a Brown University student after finding that the Ivy League school in Providence, R.I., improperly judged him responsible for sexual misconduct.
The case was yet another example of the stresses confronted by colleges and universities, whose methods of adjudicating such cases have increasingly come under heavy fire for being too aggressive toward the accused, even as they are being pressured for not being aggressive enough.
Indeed, the Brown case underscored how that tension has spread: It included an organized campaign by students supportive of the woman who brought the charge to pressure the judge into ruling against the man she had accused.
The campaign took the form of a widely circulated post urging people to email Chief Judge William E. Smith of the U.S. District Court for the District of Rhode Island, telling him that reinstating the student would be “morally unjust to the survivor” and create a “public safety hazard” for Brown women.
The post, which was also published as an opinion piece in “The Tab,” a student publication, was written by Brown student Alex Volpicello under the headline “Why we need to stop the student convicted of sexual assault coming back to Brown” after the judge issued a temporary order barring the university from suspending him.
The student, known only in his court case as John Doe, had not been “convicted” of anything, but rather held “responsible” for sexual misconduct by a university tribunal, a finding that the judge vacated last week while blasting the email campaign, declaring that the court:

…. Is an independent body and must make a decision based solely on the evidence before it. It cannot be swayed by emotion or public opinion. After the preliminary injunction, this Court was deluged with emails resulting from an organized campaign to influence the outcome. These tactics, while perhaps appropriate and effective in influencing legislators or officials in the executive branch, have no place in the judicial process. This is basic civics, and one would think students and others affiliated with a prestigious Ivy League institution would know this. Moreover, having read a few of the emails, it is abundantly clear that the writers, while passionate, were woefully ignorant about the issues before the Court.

The issues before the court involved Brown’s handling of an allegation brought by a female student in 2015, a year after the events she described allegedly occurred. The two were acquainted with one another and had exchanged text messages. But, she alleged, early one morning in a secluded room of a campus center, he forced himself on her, kissing her, then “forcing his fingers” into her vagina and finally insisting she engage in oral sex.
According to court documents, the woman said that she at first resisted and then stopped “to avoid being raped.”
The male student denied the allegations, saying the two had previously engaged in “sexual banter” and that she “was an active participant,” getting up two or three times to turn out lights and at one point pushing him on his back and straddling him. “I reached my hand” into her “pants because she told me I could,” he said.
The facts of the case were not at issue in the federal court, however, but rather the process used by a university tribunal that found him responsible.
Specifically, at the time of the incident, in November 2014, the judge said the university’s code governing sexual misconduct contained no definition of consent. Brown formulated one after the fact, in 2015, and decided the man had violated it, suspending him and barring him from campus until the woman graduates.

A Washington Post-Kaiser poll released in June 2015 found that 1 in 5 women say they were sexually assaulted while in college. One of the poll’s findings was that students differ on what constitutes consent. We asked some other local college students to define the word. (Jayne W. Orenstein and Jorge Ribas/The Washington Post)

The retroactive punishment was sufficiently significant to have possibly made the difference between the man being found responsible or not.
The court found other flaws in the process as well, including the university’s failure to allow the man to introduce evidence that he believed was exculpatory.
Brown, which has said it will not appeal the decision, still has the option of holding a new tribunal and redoing the process by which the student was found responsible without the fatal flaws found by the court. So the man may not be off the hook.
It’s extremely rare for a judge to intervene in such a case against a private university because, unlike public schools, they are not bound by obligations under the Constitution to afford due process to the accused.
John Doe’s suit was for breach of contract, one of the few avenues open to students at private universities.
Another is to accuse the university of violating Title IX, the anti-discrimination provisions governing colleges and universities that receive federal funds.
A former athlete at Columbia University has made headway on that front, winning a decision in August from the U.S. Circuit Court of Appeals for the 2nd Circuit that he had made a plausible case that his suspension for sexual misconduct was the result of anti-male bias, engendered in a climate of anger about campus rapes at Columbia, combined with pressure from the federal government on all universities to more aggressively pursue assault allegations or face loss of federal funds.

More than 100 cases have been brought across the country by accused students claiming to have been denied appropriate procedural protections.
Some have challenged the relatively low burden of proof being imposed in proceedings on campuses under federal pressure.
Unlike criminal proceedings, which require proof beyond a reasonable doubt, and some civil proceedings, where “clear and convincing evidence” is required, campus sexual misconduct cases require only proof by “a preponderance of evidence,” a standard used in discrimination claims that requires only that the accused “more likely than not” committed the offense.

Responding to the decision in a statement, Brown University said:

The court’s ruling means that John Doe remains an enrolled student at Brown. While Doe is not taking courses at Brown this semester, the judge’s decision provides him with the option to return to campus in the semesters ahead, should he choose to do so. The University will make a determination on what, if any, further action is needed should he indicate his intent to return to campus.

(By Fred Barbash, the editor of Morning Mix, a former National Editor and London Bureau Chief for the Washington Post.)