The Social Security Administration Must Follow Its Own Regulations 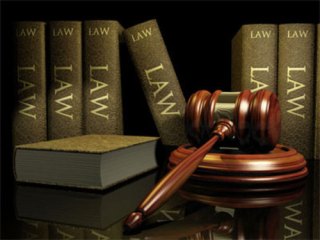 Because the Social Security Administration (SSA) Appeals Council (AC) did not consider new evidence when it was presented – despite its own regulations requiring it to do so – the 7th Circuit Court of Appeals sent a disability insurance benefits case back to the Administrative Law Judge (ALJ) for further proceedings.

At the time of the hearing on Angela Farrell’s application for disability benefits, she was married with two children and extremely overweight. She suffered from multiple issues, including anxiety, insomnia, fibromyalgia, and plantar fasciitis. Her initial application was denied, but the Appeals Council remanded her case for reconsideration. On remand, the ALJ again ruled against her, in part because of Farrell’s failure to establish definitively that she suffered from fibromyalgia.

This time, the AC affirmed the ALJ’s decision, despite new evidence before the AC that confirmed Farrell’s fibromyalgia. The District Court also affirmed.

In addition to finding the Appeals Council didn’t follow its own regulations that require it to consider “new and material evidence,” the 7th Circuit found several other aspects of the ALJ’s decision independently require correction, including that the ALJ “failed to grapple properly with the competing medical opinions” in considering Farrell’s application.

Her Treating Physician (TP), Dr. Sarah Beyer, recorded Farrell suffered from several conditions and alluded to the possibility of Farrell suffering from fibromyalgia.

The other Consultative Examining (CE) Physicians who reviewed Farrell’s file as part of the application evaluation process believe that Farrell only had “moderate difficulties” or “mild restrictions on Average Daily Activity Level (ADL).” One doctor testified there was no evidence of a confirmed diagnosis of fibromyalgia or anything that would give rise to arthritic pain.

The 7th Circuit concluded in Angela M. Farrell v. Michael J. Astrue, Commissioner of Social Security, 11-3589,  that the ALJ’s residual functional capacity determination for Farrell improperly discounted the Treating Physician, Dr. Beyer’s medical opinions and that the RFC determination was based on an incomplete assessment of the record.

The judges sent the case back to the ALJ for further proceedings. REMANDED back to SSA ALJ.

This is the Case of  Angela M. Farrell v. Michael J. Astrue, Commissioner of Social Security, 11-3589.