Will The Supreme Court Mock God?

Posted on May 4, 2015 by Judge London Steverson 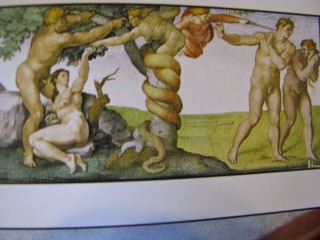 In two and a half hours of oral arguments before the Supreme Court on April 28 in the Case of Obergefell v. Hodges concerning whether the U. S. Constitution gives homosexual couples the right to marry, Justice Kennedy appeared confused and undecided. While he seemed wary of moving the country too far, too fast; he was clearly vexed about what to do with this thorny issue. He is the author of three landmark decisions that decriminalized homosexual conduct and expanded the rights of homosexuals in American.

Would the Supreme Court dare to mock God? Do they have the temerity spit in the eye of The Almighty God and try to subvert God’s most loving and mysterious gift to mankind? Would these nine mindless social engineers try to change the definition of a universally sacred institution, such as marriage?

It would be an exercise in futility. You can legalize a social contract between two people of the same sex, but it will never be marriage, any more than calling a dog a cat. If you call a dog a cat, it is still a dog.

Inherent in the definition of marriage is the ability to procreate. God is the source of life and he allows humans to take part in the process that ushers in new life. Even Angels cannot procreate, but humans can; and we do it when two people of the opposite sex marry and come together.

Nothing nine people in black robes can say or do will ever change that. All they can do is make themselves irrelevant to the lives of moral American citizens.

The Court has no soldiers, tanks, or police to enforce their decisions. It relies on moral authority. If the Court surrenders all pretenses of morality and moral authority, then all right thinking Americans will have no choice but to ignore all the filth that issues from that court. If they attempt to change the definition of marriage to please that 1% of the population that is homosexual, it will be the supreme insult to the 99% of the American population that is not homosexual. It will forfeit every ounce of respect that the Supreme Court has worked to earn since Marbury v Madison.

Four days before the hearing on April 24 , in Oregon, an Administrative Law Judge (ALJ) proposed a $135,000 fine against Aaron and Melissa Klein, proprietors of the Sweet Cakes bakery in Gresham, for the “emotional distress” suffered by a female homosexual couple for whom the Kleins, citing their Christian belief that marriage is between a man and a woman, had declined to bake a wedding cake in 2013.

The Kleins claimed that being forced to participate in a homosexual wedding would violate their Religious Liberty Rights. They were forced o close their business.

The Kleins have become one more family business in a small number of bakers, florists and photographers around the country who insist that their Christian beliefs in man-woman marriage preclude their providing services to homosexual weddings.

In Washington state, 70-year-old Barronelle Stutzman, owner of Arlene’s Flowers in Richland, has asked the state Supreme Court to overturn a $1,000 fine against her last month for refusing to arrange flowers for the homosexual wedding of a longtime customer; Ms. Stutzman had recommended another nearby florist instead.

The lower court that levied the fine also issued a permanent injunction ordering Ms. Stutzman, a Southern Baptist who has cited her “relationship with Jesus” as the reason for her refusal, to serve same-sex weddings in the future. She also faces the potential costs of awards for damages and attorney’s fees in a lawsuit brought by the American Civil Liberties Union (ACLU) on behalf of the customer and his homosexual  partner.

In 2014, the U.S. Supreme Court declined to review a New Mexico Supreme Court ruling that a Christian-owned photography studio could not refuse to take photos of a lesbian commitment ceremony. Colorado baker Jack Phillips announced that he would no longer make wedding cakes after the Colorado Civil Rights Commission ruled that he had discriminated against a homosexual couple in 2012 for declining to produce a cake for their wedding reception.

The irony is that only a few years ago, when the legalization of homosexual marriage didn’t appear so inevitable, homosexual marriage advocates eagerly assured a skeptical public that scenarios like those above would never happen. Typical was since-retired California Supreme Court Chief Justice Ronald M. George, who wrote in the 2008 decision legalizing homosexual marriage in California: “Affording same-sex couples the opportunity to obtain the designation of marriage will not impinge upon the religious freedom of any religious organization, official, or any other person.”

Wrong! So wrong! How wrong could he have been?

The victors have dropped their conciliatory stance. Bubonic plague-level hysteria surged through the media, academia and mega-corporate America in March after Indiana passed a law—modeled on the federal Religious Freedom Restoration Act of 1993—that would enable religious believers to opt out of universally applicable laws under some circumstances.

Amid threats of business boycotts, the Indiana legislature amended the law to ensure anti-discrimination protections for homosexuals—but not before a pizzeria in Walkerton shut down for a week amid death and arson threats after its Catholic owners told a reporter that, while they would gladly serve homosexuals in their restaurant, they wouldn’t cater a homosexual wedding.

Should the Supreme Court rule in Obergefell v. Hodges that homosexual marriage is a constitutional right, expect more of the same.

During oral arguments on Tuesday, Supreme Court Justice Samuel Alito asked Obama administration Solicitor General Donald Verrilli whether a religiously affiliated college that opposed same-sex marriage could lose its tax-exempt status after such a ruling. “It is going to be an issue,” Mr. Verrilli replied.

That is putting it mildly; the phrase “persecution of Christians” might be more apt. It would be nice if states passed religious-freedom laws that both protected homosexuals from discrimination in day-to-day transactions and accommodated people whose beliefs recognize traditional man-woman marriage—as Utah did last month. But in today’s mood of vengeful triumphalism among the progressive left leaning liberal elites who rule public opinion, don’t count on many compromises.