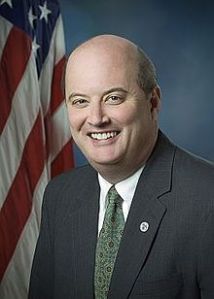 Today’s unprecedented economic crisis is bringing into sharp focus Social Security’s role as the backbone of the country’s retirement security, as well as the irresponsibility of former President George W. Bush’s policies in regard to this critical program.

Part of the Bush legacy that Astrue has continued are personnel and labor relations policies that hobble agency staff and undermine SSA’s ability to fulfill its duty to the American public. For example, Commissioner Astrue has implemented a policy prohibiting SSA employees from advising SSA claimants regarding their benefit election options. Because benefit election options, such as month of election, impact the eventual amount of benefits received, this prohibition deprives SSA claimants of advice and information that is important to their claims.

Commissioner Astrue created national hearing centers, apart from hearing offices, in circumvention of SSA’s obligations to the AALJ/IFPTE. This has resulted in one of the highest and costliest supervisory/managerial ratios in SSA. In establishing national hearing centers, where only video hearings can be conducted, Commissioner Astrue has deprived claimants of due process  by unduly encouraging them to waive in-person hearings in favor of video hearings. Commissioner Astrue has also contributed to the backlog of  disability cases by creating a work environment for SSA employees that is hostile to efficiency and effectiveness.

Commissioner Astrue has demonstrated a callous disregard for the Social Security Act by encouraging undue haste in making judicial decisions in disability cases and discouraging quality, thereby adversely affecting the American taxpayer because each disability case is valued at $250,000. Moreover, he has eliminated proof of age and proof of citizenship, which will likely result in an increase of fraud and beneficiary overpayments. In addition, he has reduced the processing of integrity workloads, such as redeterminations and Continuing Disability Reviews. This has resulted in billions of dollars of overpayments.

At the core of Bush’s approach was the appointment of high-level agency officials committed to his anti-Social Security strategy.